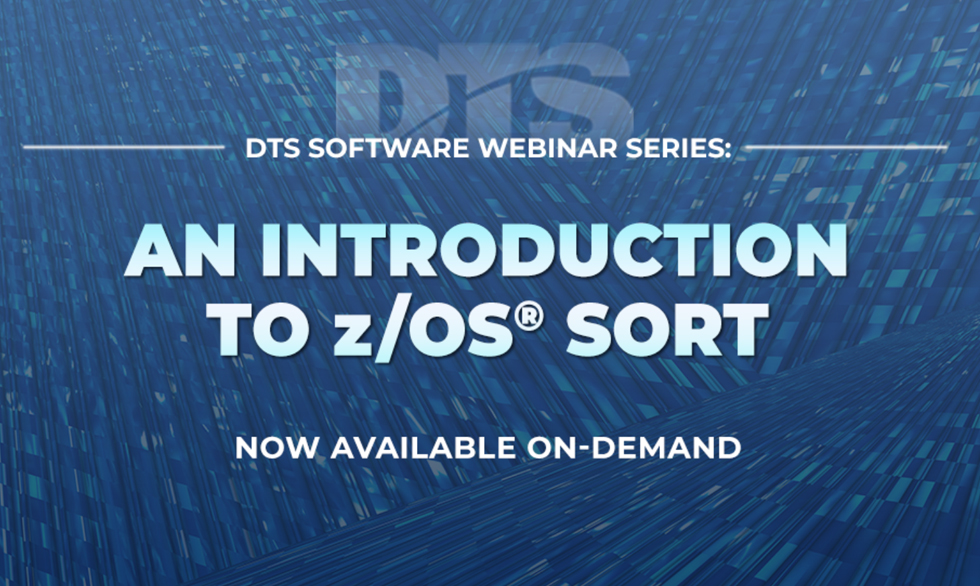 In what can only be considered a masterclass series in z/OS storage management best practices, DTS Software’s monthly educational webinar series continues to present topics aimed at giving both seasoned and newer z/OS users and programmers new tools to help you get the job done more efficiently and more effectively. Our February 2022 webinar featuring DTS CTO Steve Pryor gave an Introduction to z/OS Sort, an unrestricted application within z/OS.

Modern z/OS systems are home to enormous volumes of data. But all this data is of little value unless it is properly organized, formatted, and usually, sorted. One of the most important programs for filtering, manipulating, and ordering data is the z/OS sort. Imagine receiving a phone book where the names and numbers aren’t sorted in any way. This is a simple illustration of the importance of z/OS sort.

In our February webinar, Pryor covered topics such as how the z/OS sort works, the most important and useful sort control statements, and best practices such as parsing and record construction. He also demonstrated how the sort can be used to read almost any type of input to produce reports and records useful at both the systems and applications levels.

The Evolution of z/OS Sort

Sometimes thought of as merely an ordinary utility, z/OS sorts have evolved into sophisticated mechanisms that can be surprisingly useful to systems programmers and storage administrators, as well as to application personnel. Beyond being the backbone of production applications, sorts can perform analysis and reporting in a remarkably fast, simple manner.

Pryor has used z/OS sort for over 40 years, and in that time, it has become one of the most powerful tools available. This “go-to” utility can perform many different useful functions, manipulating data in a myriad of ways.

The primary reason for running a sort is to transform data in more ways than simply ordering the records and correlating sequence. Data can be filtered, allowing you to select only the data you’re interested in. Input records can be selected from multiple sources and altered before it is processed, and outputs can be customized in any way.

Other key benefits of z/OS sort are the ability to summarize the data, combine contents of fields and records, and generate sophisticated reports. You can create almost any report imaginable once you understand the application’s capabilities.

With an understanding of what can be accomplished within z/OS sort, you won’t often need a report generator, third/fourth-generation language, or Java to generate the necessary reports. Later in the webinar, Pryor talked about some of the many sort control statements to accomplish your task.

Internal vs External Sorting
Referencing Donald Knuth’s classic book The Art of Computer Programming, Pryor spoke briefly about sort algorithms and how an ‘internal’ sort, where all the data can be held in memory, differs from the much more complex ‘external’ sort, which requires ‘work’ datasets and is far more commonly encountered in ‘real-world’ environments.

Flow of Control is Key

An understanding of how data flows from input through the sort and then to output is critical. With this understanding, you’ll know which control statements get processed at which time, and therefore which ones to use. Flow of control can be divided into several different phases, each of which Pryor covers in the webinar. 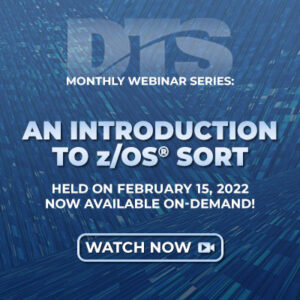 Learn More in our Webinar
“Introduction to z/OS® Sort” is a 60-minute informative and educational look at an important topic in the mainframe space. It includes numerous examples, how-to lessons, and references on where to find more information should you need it. If you weren’t able to attend, you can view it on-demand, download a copy of the slide deck, and view examples shared during the presentation by using this link.