Allocation Control Center (ACC) Monarch provides systems administrators with the control they need to manage their disk and tape storage resources in z/OS environments. With ACC Monarch, complete control over your DFSMS storage subsystem is simple! ACC Monarch provides easy to use: 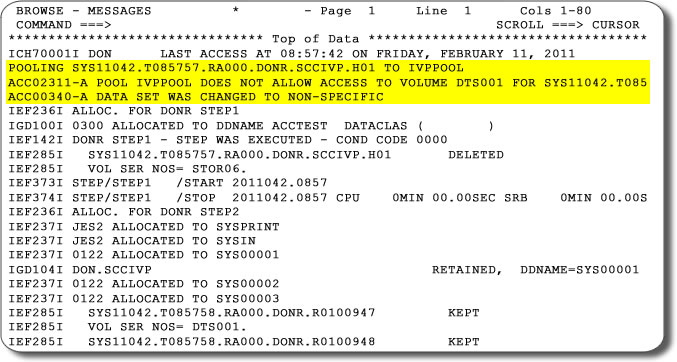 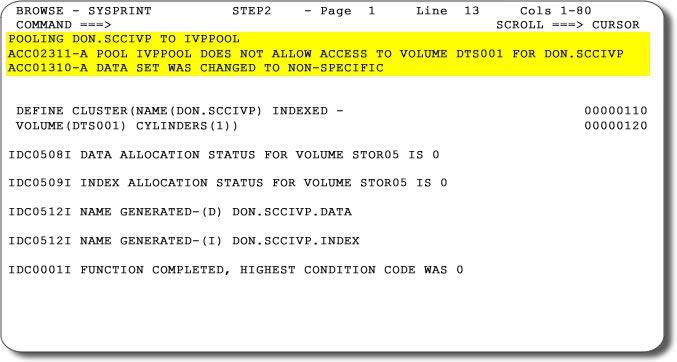 The Allocation Control Center (ACC) Monarch provides complete control over the creation and placement of SMS-managed and non-SMS data. ACC Monarch allows installations to easily define policies which implement standards for dataset naming, device type, volume selection, and space usage. Because the DFSMS ACS routines rely on the existence of well-defined standards, they are a crucial factor in successful implementation of system-managed storage. ACC Monarch then goes beyond standards enforcement to provide advanced features that aid administrators and users in making the most effective use the storage subsystem.

The marketing literature is available to all visitors. The product manuals are only available to registered customers and companies trialing DTS products – login is required. To request authorized access, please complete the Registration form. DTS customer support will review your request. Upon approval, you will receive access notification by E-mail within one business day. Sign Up for a Complimentary Analysis of Your ACS Routines or DTS Policy Rules

“I have used ACC Monarch/SRS since 1996 and have been very pleased with the product. I have been able to virtually eliminate all space related problems. In addition, I have been able to implement System Determined Blocksize without any JCL modifications by using the JCL override features of the software. While IBM’s SMS has added some of the features of ACC/SRS, the ACC/SRS software is much more flexible, easier to test, easier to trace, and easier to implement. Oh, did I mention ACC/SRS allows you to trace your SMS ACS routines?”

“We have not allowed cylinder allocations for several years but some how a couple of datasets always manage to sneak through. Just this week a colleague came to me for an increase in space allocation in order to install a new version of SAS. I cautioned him to allocate in tracks or blocks. Later I happened to notice that nearly every file was allocated in cylinders. I asked him about it. He said he was using the vendor supplied canned JCL but was pretty sure it was blocks. After we examined the JCL we discovered that while the files were allocated in blocks, each specified ROUND. Once we found the culprit I was able to adjust my ACC rules to remove the ROUND specification and things are back to normal.

Thank you once again for providing such an agile piece of software!”

“Users don’t change JCL as they should – they’re just too busy. We use ACC to step in and take care of the situation!  A specific use of ACC we find very helpful is the redirecting of existing SMS-managed tapes to esoteric devices.”

The Allocation Control Center Monarch (ACC Monarch) was the first product developed by DTS software, and was introduced in Japan in the early 1990’s. So, why would a U.S. based software company launch their first product in the Japanese market?

After a successful introduction in Japan, DTS Software teamed with a U.S. distributor and entered the North American market several years later.